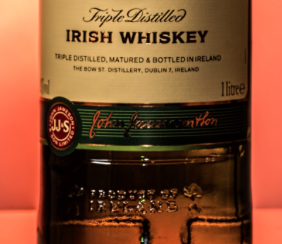 This obit is a gem. It’s not a long read, so please go treat yourself, but in case you just can’t, below are some highlights.

Take them as role models for how you can gussy up your own or someone else’s. This partying Irishman seemed like a real (and wonderful) character, but DO NOT TELL YOURSELF that without an over-the-top personality you can’t have a one-of-a-kind obituary.

Would you ever confuse your friends… “Hey, is that Patricia or Sally, I can’t tell you apart. George… Frank… which one are you again?”

Our distinguishing characteristics aren’t subtle, they’re front and center. Any and all of those thousand details — be it for fostering dogs, volunteering firefighting, or watching Love Actually every Christmas. Your digs, your duds, your DWTS obsession. Your travels, trips, and traditions. Your generosity, your stinginess, your easygoing nature or your crazy-making perfectionism. All your quirky (or perfectly ordinary) attributes can be fashioned into an abridged version of YOU that resembles you, has your personality, and does your one-and-only life justice.

We live such amazing and unique lives! Let’s stop describing ourselves in what could pass for a government form. Let the goods be revealed, screamed from the rooftops, offered to the world as a tiny testament of what made us — each one of us — special.

Now, here… be inspired by these obit out-takes of Chris Connors:
Ladies man, game slayer, and outlaw Connors told his last inappropriate joke on Friday, December 9, 2016, that which cannot be printed here.

Most people thought he was crazy for swimming in the ocean in January; for being a skinny Irish Golden Gloves boxer from Quincy, Massachusetts; for dressing up as a priest and then proceeding to get into a fight at a Jewish deli.

He lived 1000 years in the 67 calendar years we had with him because he attacked life; he grabbed it by the lapels, kissed it, and swung it back onto the dance floor. At the age of 26 he planned to circumnavigate the world – instead, he ended up spending 40 hours on a life raft off the coast of Panama.

His acute awareness of the importance of a life lived with the ones you love over any material possession was only handicapped by his territorial attachment to the remote control of his Sonos music.

A “Celebration of Life” will be held during Happy Hour (4 p.m.) at York Harbor Inn on Monday, December 19.

If you’re not inspired after reading that to take your obit opportunity up a notch, there may be no hope.

PS Chris Connors didn’t go quietly and quickly; he had two awful fatal diseases. Note that this was not allowed to cast a shadow over how he was remembered. Gotta love this guy and his whole family.