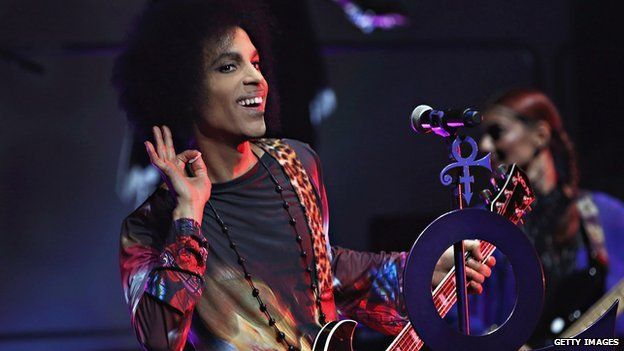 Like half the world today the news of Prince’s death came as a shock. At 57, it’s young, but not tragically young like Buddy Holly dying at 22. But surely it’s “premature;” we all hope to make it well into old age—at least 70s or 80s if not 90s.

It’s fascinating to me, however, how we still… always… over and over… feel the shock of unexpected death so brutally. It’s not like the shock of someone startling you—where you may even scream out in surprise but immediately understand that you were simply not expecting it, but a shock that implies it’s wrong. Unfair, undeserved to die before your time. We’re left shaking our heads in disbelief for a couple days.

What is that?!! Really. What is that bizarre foible of rationale human thought that has us, on some strange level, think that if we don’t make it to old age, there should at least be a heads-up or something. Finding out someone was sick mitigates our anguish, but even then—why?

We know full well that people can, and do in great volume, die without any warning whatsoever at every age from first breath onward, and yet we still… always… over and over… feel stunned when we hear about it.

Here’s my take. Because we don’t talk about death, we never give ourselves the chance to really get used to the idea. By avoiding the topic, it becomes whatever fantasy our psyche needs for us to “deal,” i.e. “not deal” with the truth of it. The ridiculous taboo we have around talking about death and dying does not serve us. To be brutally honest, it just reveals how immature we are. Not to be mean, but what else can you call that?

The denial of the normalcy of death just keeps us living in fear, dread, and delusion.

Part of my vision for this transformation of how we say goodbye to people includes the simple act of talking about it (death) in ordinary, day-to-day life, so that we don’t see death as a failure or a catastrophe. It would be seen as normal.

We’re all going to croak one day. And we don’t know when. Let’s just get to be friends with that notion, so it’s not so much of a horror show when we didn’t see it coming, and we don’t have to feel like such victims about it. Yup, it’s out of our hands and we’re okay with that.

Not making anyone wrong for being devastated about Prince’s death. Just observing that our shock is a symptom of the fantasy we all live in about death. Let’s go crazy. Let’s just accept.

Let’s go crazy. Let’s get nuts. Let’s look for the purple banana
‘Til they put us in the truck, let’s go!